Welcome to Nepal!! A country that offers a lifetime experience for everyone from around the globe. A holiday in Nepal offers romance and adventure from the spectacular Himalayas to exotic wildlife safari, exhilarating white water rafting, mystifying variety of flora and fauna, charismatic arts and cultures and some of the best walking trails on earth combined with stirring adventurous bustles.

“Nepal” being embellished with gleaming Himalayan range in the north and adorned with lowland greenery in the south, has always lingered in a class of its own as a magical, mysterious and marvelous tourist destination and remains evermore.

This Himalayan Kingdom, precisely known as the “Land of Mount Everest” and the “Land of Living Goddess-Kumari” is dignified by the heroism of its brave warrior ancestors-the “Gorkhas”.

Upon arrival in Kathmandu’s Tribhuvan International Airport, meet Himalayan Holidays representative, assist and transfer to the hotel. At the hotel’s lobby welcome refreshments will be served and room check in assistance provided. Shortly afterwards there will be a tour briefing at the hotel’s lobby.
Eve: Welcome Dinner at Nepali restaurant featuring cultural program.

Am: After breakfast, proceed for a sightseeing tour of Kathmandu City. It includes visit to the Hanuman Dhoka (Kathmandu Durbar Square) - an ancient durbar (palace) with its numerous old palaces, temples and pagodas, the Temple of Living Goddess “Kumari”, and the Kasthamandap Temple, which is believed to be constructed from the wood of a single tree from which Kathmandu derives its name.

Pm: Later visit Patan and have lunch (on own) and proceed for the sightseeing tour of Patan Durbar Square: The ancient Royal Palace of Patan faces on to a magnificent Durbar Sq. This concentrated mass of temples is perhaps the most visually stunning display of Newari architecture to be seen in Nepal. Temple construction in the square went into overdrive during the Malla period (14th to 18th centuries), particularly during the reign of King Siddhinarsingh Malla (1619 – 60). 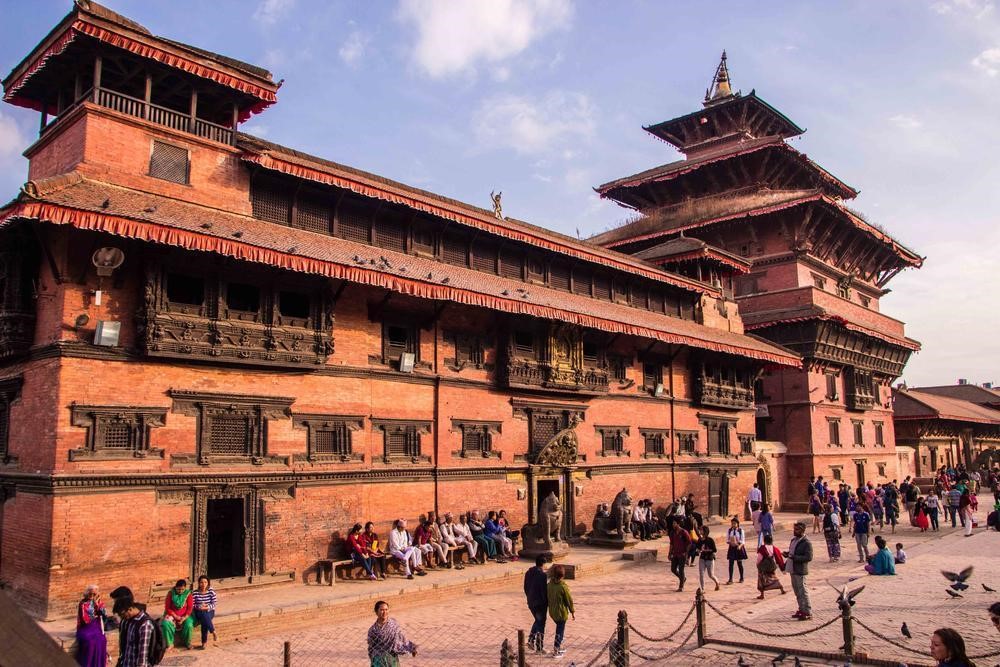 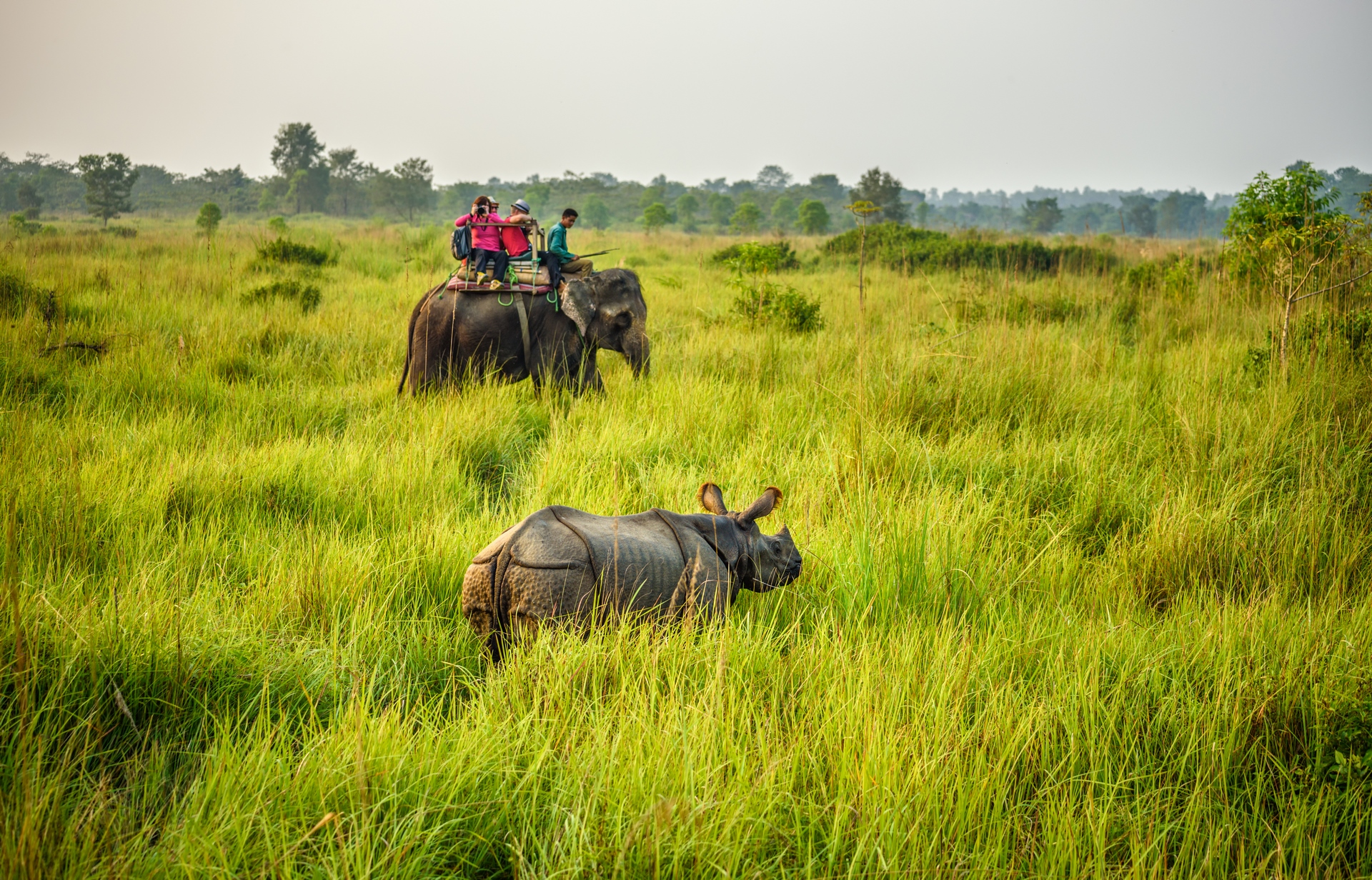 Am: After breakfast, transfer to the Chitwan Airport for onwards flight to Pokhara - nestled in the tranquil valley (827m) on the laps of the mighty Annapurna Himalaya Range. Pokhara is also known as vacationer’s paradise. Upon arrival in Pokhara transfer to the hotel for rest.

Pm: In the afternoon (time permitting), proceed for a sightseeing tour of Pokhara City, which includes the Devi’s Falls, the Seti Gorge, the Bindabashini Temple and the Tibetan Refugee Camp..

Hike to the World Peace Stupa

Am: Early morning wakeup call and drive to Sarangkot (30 min) for sunrise with panoramic view of Himalayas. Later drive back to hotel for breakfast & drive to Dam Side (Hike starting point), leave the vehicle there and commence hiking to the World Peace Stupa (1,100 meters)/3,608ft), which is recently built stupa on the perfect forested hilltop of Andu Danda. The walking trail is utterly steep but well defined surrounded with lush green bushes and trees on both sides. Hike duration – one hour.

Pm: Boatride on fewa lake and visit Barahi temple situated at the middle of the lake. After boating transfer to the hotel for refreshment and rest. 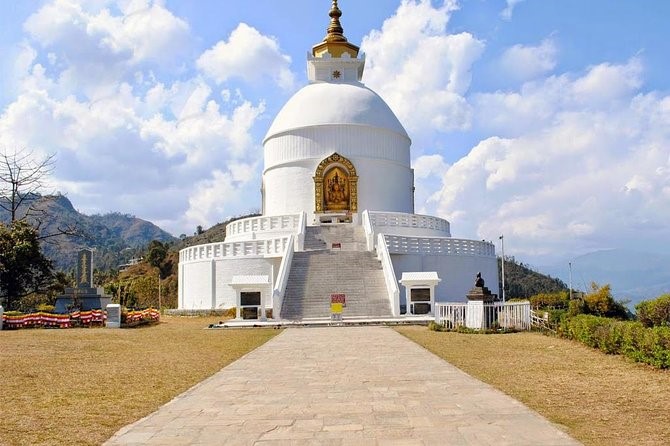 Am: After breakfast, visit the Mountain Museum and later transfer to the hotel for refreshment and rest. Rest of the day at the leisure or participate in different adventure activities such as Paragliding, Ultra-Light, Zipline, Bungy Jump etc.

Dinner and overnight at hotel in Pokhara. (Meals included: breakfast) 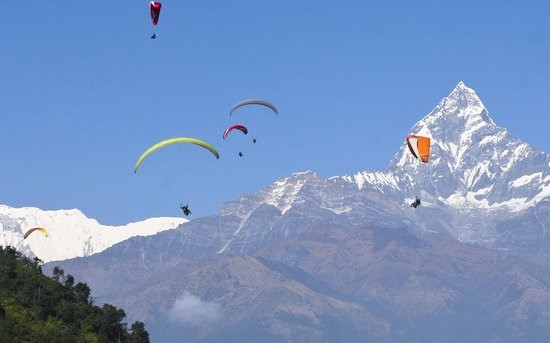 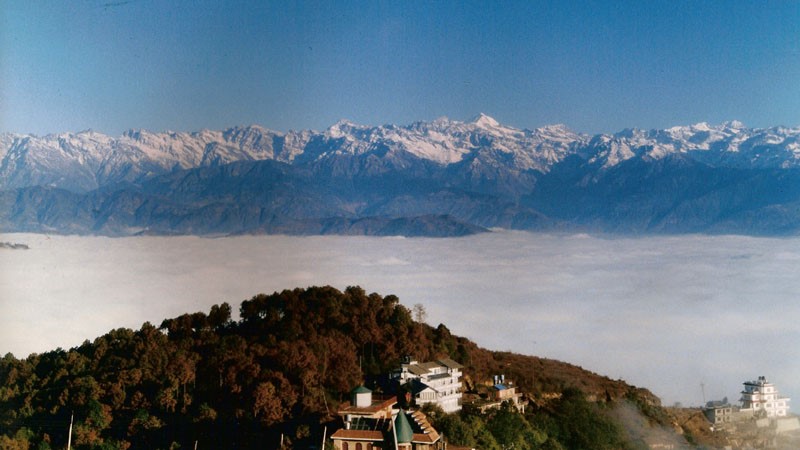 Drive back to Kathmandu & sightseeing tour.

Am: Early morning wake up to see the sunrise view over the Himalayan Range such as Mt. Langtang Range, Mt. Ganes, Mt. Everest – subject to the weather permitting. After brekfast drive back to Kathmandu en route visit Bhakatapur City for Sightseeing tour. Bhaktapur Durbar Square: The third of the medieval city-states in the Kathmandu Valley, Bhaktapur was always described as the best preserved. Many Nepalis use the old name of Bhadgaon (pronounced bud-gown) or the Newari name Khwopa, which means City of Devotees. The name fits – Bhaktapur has three major squares full of towering temples that comprise some of the finest religious architecture in the country.

Later visit Boudanath and have lunch(on own) afterwards proceed for the sightseeing tour of Boudanath Stupa. Boudanath Stupa: The first stupa at Boudhnath was built sometime after AD 600, when the Tibetan king, Songtsen Gampo, converted to Buddhism. In terms of grace and purity of line, no other stupa in Nepal comes close to Boudhnath. From its whitewashed dome to its gilded tower painted with the all-seeing eyes of the Buddha, the monument is perfectly proportioned.

Later transfer to the hotel for refreshment and rest. 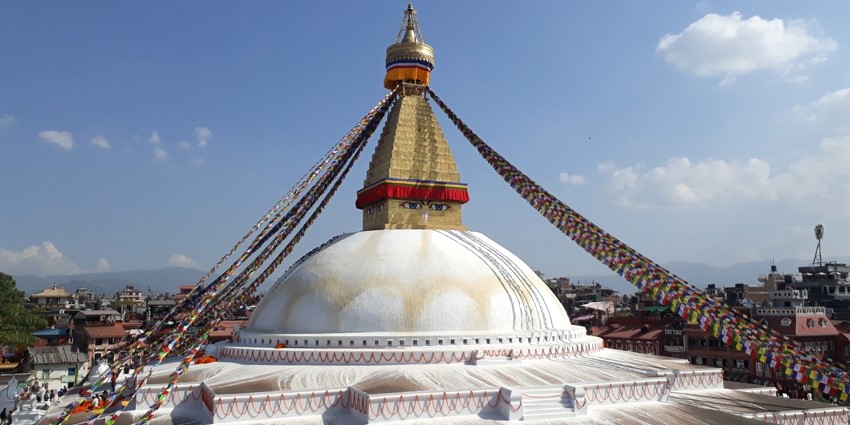 Am: Breakfast at the hotel, later timely transfer to the Kathmandu Tribhuvan International Airport for onwards flight.

“ Better to see something once than hear about it a thousand times. ”